I am William Burnett, a veteran law enforcement officer with 28 years of experience with the Richmond Police and Sheriff’s Departments. I have held leadership roles in both agencies ranging from Police Sergeant to Colonel. I am a Veteran of the Gulf War, serving my country as a member of the United States Army. I attended Fayetteville State University where I received my bachelors in Criminal Justice. I want to use my extensive leadership and law enforcement experience to elevate the standards of morale, public safety and fiscal responsibility in order to improve the overall operating efficiency of the Richmond City Sheriff’s Office. 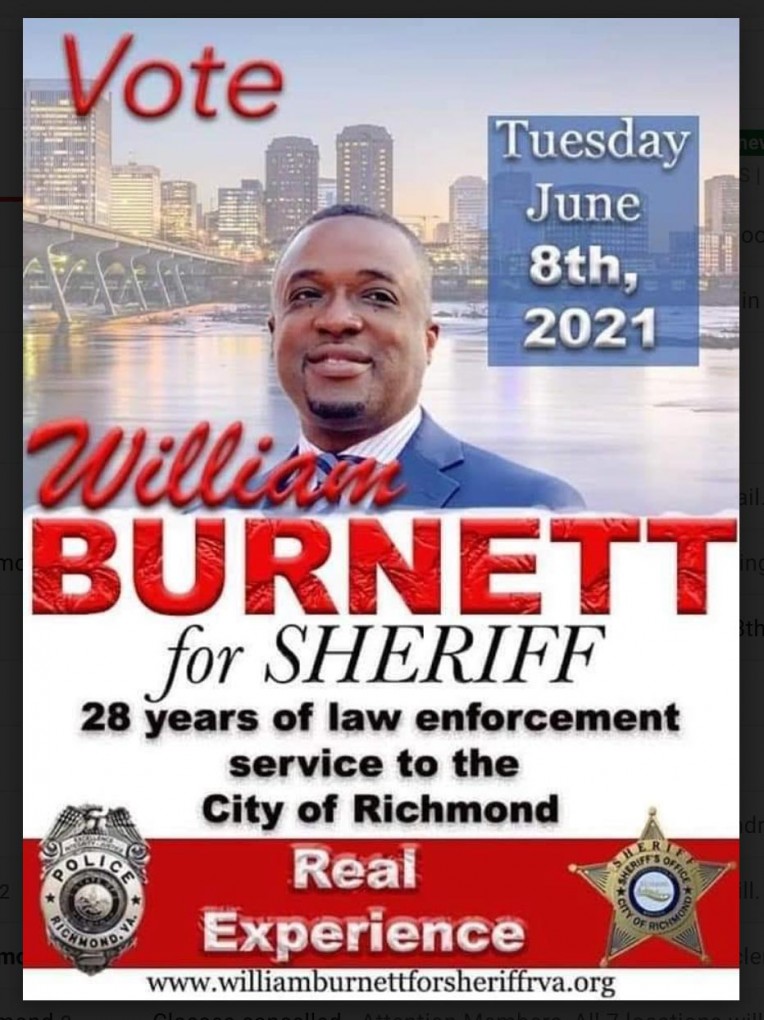 Responsibilities of the Richmond City Sheriff

The Sheriff is the only locally elected constitutional law enforcement officer in the Commonwealth of Virginia. What this means is that the Sheriff is accountable to you, the citizens of the City of Richmond. The major responsibilities of the Sheriff’s Office are security of the jail, civil processing, courtroom security, inmate transportation, community outreach and alternative sentencing,