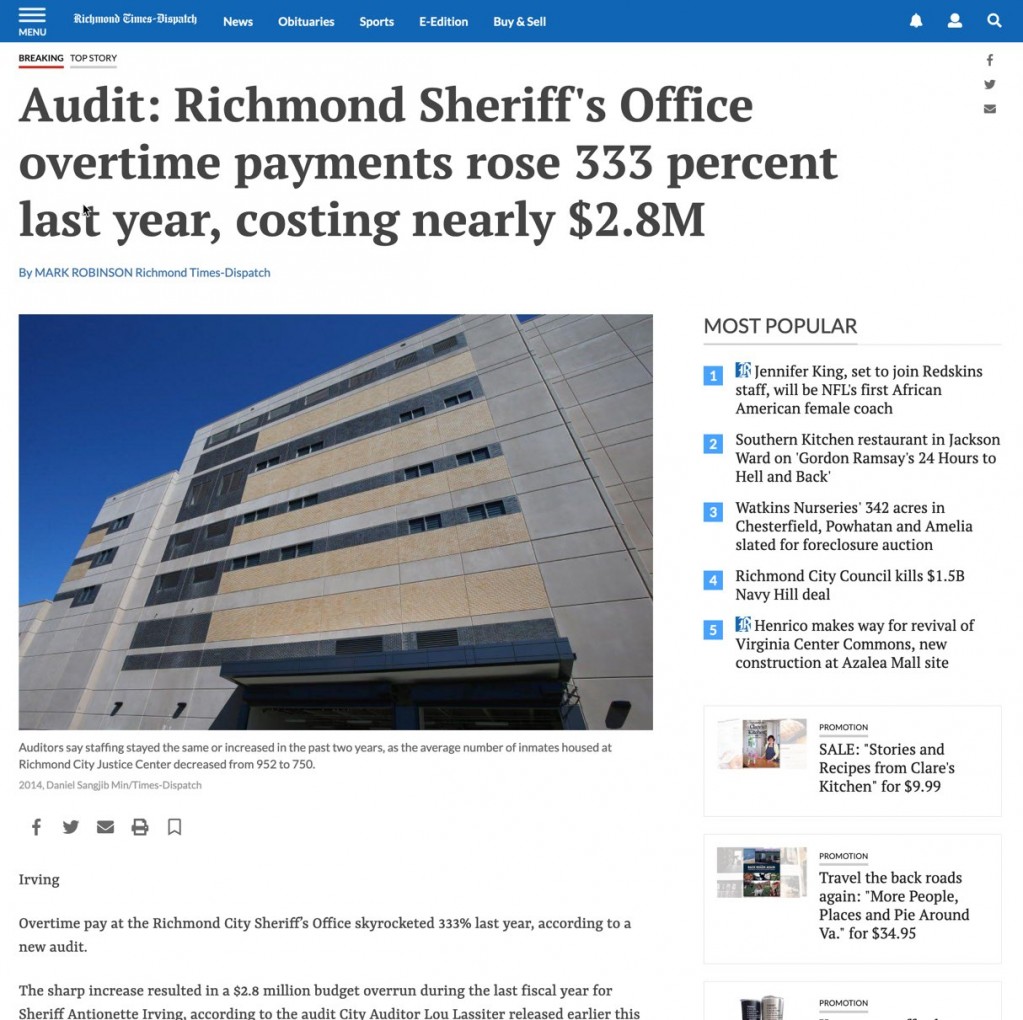 The sharp increase resulted in a $2.8 million budget overrun during the last fiscal year for Sheriff Antionette Irving, according to the audit City Auditor Lou Lassiter released earlier this month. The auditors found that overtime payments rose sharply under Irving, who took over the Richmond City Justice Center and its budget in 2018, despite a declining inmate population.

“The jail population and staffing level of sworn employees have an inverse correlation to overtime spending,” the report states.

Over the last two years, the average number of inmates at the jail decreased from 952 to 750. Auditors found that during that same period, Irving’s administration maintained or increased staffing levels. The auditors also found Irving’s staff did not fully utilize the spaces in the jail, called pods, where inmates are housed together.

In the Community
News